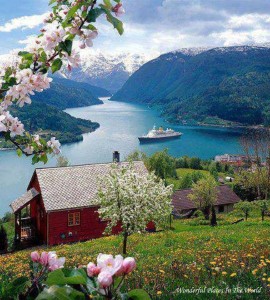 “Of what infinite importance is the place the intercessor holds in the Kingdom of God! Is it not indeed a matter of wonder that God should give men such power? Yet there are so few who know what it is to take hold of His strength and pray down His blessing on the world… God rules the world and His church through the prayers of His people. That God should have made the expansion of His Kingdom to such a large extent dependent on the faithfulness of His people in prayer is a stupendous mystery and yet an absolute certainty. God calls for intercessors; in His grace He has made His work dependent on them. He waits for them.” Andrew Murray

Starting and maintaining a House of Prayer is not a simple task, yet it is God’s desire and of infinite importance. His work depends on it, but it takes His wisdom and partnering with His Spirit to do it in the right way. You want to do everything in obedience and under the direction of the Holy Spirit (Psalm 127:1; John 3:8). You want to always seek to do what you see the Father doing. It is a lot of hard work for everyone involved.

This is why teamwork is so important—teamwork with the Holy Spirit and with others. Starting and maintaining a House of Prayer is
a relational ministry involving not only relating to God, but also
relating to others and praying in unity (John 15:14-15; Luke 10:1-22;
1 John 4:7-12). You want to include others who may even be different than you—different cultures, denominational backgrounds, ages, and genders. You want to build unity but enjoy diversity (Colossians 3:11; Ephesians 4:3-6).

It’s easier to maintain a House of Prayer for a day or a week, but to have it 365 days a year is another story! You need dedicated people to keep it going when it’s long term.

We noticed that many joined us in the exciting stage at the beginning of our first one-month House of Prayer in Spain. But the second one was harder because the excitement had worn off, and some of the excitement seekers left. God had brought the House of Prayer to a different stage, and a new level of commitment was needed. But when we are partnering with the Holy Spirit, none of these things need to discourage us. After all, let’s always remember that God’s heart is for day and night prayer.

As you think about starting a House of Prayer in your church or city, fervently pray about every aspect of it. Ask yourselves the following questions:

A fixed location is a great blessing because there is a sense of God’s presence in a place that is designated for prayer. So often I have heard individuals say that they could feel God’s presence in the prayer room. Many have said, “I can pray easier without distractions in a prayer room.” For some special reason, individuals are able to leave their daily life behind when they come into a place that is used only for prayer. It’s almost as if you can immediately take a giant step forward into intimacy with God in the prayer room.

A designated prayer room gives a sense of community and accountability with others who want to pray. When I used to go into the prayer room in Virginia Beach and pray for our nation with other women who have that same burden, I felt so united and linked in purpose. There was a sense of community. The burden became lighter, and we all left with a sense of victory. And when you knew that others were going to be there at 12:00 noon on Thursdays, you felt more accountable to show up to pray.

Prayer rooms are so good because Christians are looking for a place that is holy—and in an unholy world—it’s like a breath of fresh, clean air.

You are entering holy ground. Often we took off our shoes because of a sense of the holiness of God. The creative environment of most prayer rooms point people Godward in a time when we desperately need to see things from God’s point-of-view instead of men’s.

Now that I am living at the International House of Prayer in Kansas City (IHOPKC), I always hear visitors say how powerfully they sense the presence of God in the global prayer room. With a few hundred people united in worship and prayer at any given hour, you can sense the power and majesty of God on a daily and hourly basis. It’s beautiful!