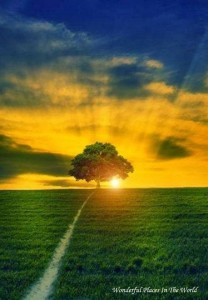 “In every revival in history we read a similar testimony. When God responded to His people by sending His presence, He didn’t just work Himself into their routine religion—He overtook them by His power and glory! He left a trail of glorious chaos in His wake—weeping, repenting, rejoicing, reconciling, changing of habits, healing of families! Nobody wondered if Jesus was involved in these meetings. There was no doubt in their minds and no lack in their hearts.” Rhonda Hughey

God wants to invade our cities with His glorious and powerful presence. He wants to overtake our lives and change our plans and routines so that they are fully in line with His purposes. As we look at the Kingdom of God and preparing the way for God’s holy presence, the Sermon on the Mount is the greatest test to measure and evaluate our personal success.

This is the test. This is the great personal challenge we are all facing as we prepare for 24/7 prayer. We are made for personal holiness and to intimately know God. This is what is so fantastic about a House of Prayer. God begins to change you, and you begin to prioritize prayer in a way you have never done before—or even imagined possible. Prayer begins to take center stage in your life.

We experienced this at our House of Prayer in Spain. Prayer suddenly became a priority. God began to deal with our lives—our speech, our time, our money, our relationships, and everything else. There was an internal calling from God to love and follow Him with all of our heart. God wanted our hearts and a life of complete obedience so that we would be perfect and complete, not lacking anything (James 1:4).

We were challenged in our prayer lives as the Holy Spirit began to
reinforce the importance of personal prayer and the absolute necessity of corporate prayer for the region. There was a lying down of secondary priorities for many. We were becoming very hungry for Jesus and His presence (Matthew 5:6). Through prayer and praise we were welcoming God into the region. Many of us began to treasure the presence of God above all else, as we realized deep in our hearts the truth of John 15:5, “Without Me you can do nothing.”

That time, and now being based at the International House of Prayer, has personally challenged me to make quality decisions for holiness and to let God challenge my motives on a regular basis. I still have a long way to go, but at least I am on the road. It definitely is a life-long journey. You may be thinking:

“How do I even begin to think about a House of Prayer in my city?”

The first step is to PRAY! You start by praying about a House of Prayer in your city. Even if you are not the one to start it, you can pray for others who will. Pray that God raises up the right ones to begin it, and you can be the one who supports them in prayer. If one month seems too long for you to start with, begin with a one-week House of Prayer. In starting to plan towards a one-month House of Prayer and beyond, there are several initial steps to pray and work towards. Every city needs a House of Prayer, but there always needs to be a few who start it.

Think about some of the things you want to see accomplished. You want to create an unbroken string of focused intense prayer of entreaty to God. Now this may seem overwhelming at first, but you will be surprised at how God helps you. After all, it’s His idea and desire in the first place. You want to provide times and places for many to come together in prayer. You want to ask the Lord to visit your city with His presence. Ultimately, you want to roll out a red carpet for the King of kings, and invite Him to come and do His work.

In Biblical and church history, united prayer has proven to be the single lifesaver of a nation during times of danger and uncertainty. The Lord commands His people to seek His face (2 Chronicles 7:14). Noah was warned by God concerning the flood, even though there was no visible sign of it coming—not even a raindrop! He took heed and diligently constructed and prepared an ark for the deliverance of his family (Hebrews 11:7).

It is difficult to predict exact results in a one-month House of Prayer. The key is to be faithful in doing what God shows you to do in prayer. In our House of Prayer in Spain, I believe that many were radically changed in their prayer lives, but there were also those who went back to their previous lifestyles and life as usual.

We have to be willing to pay the price for God’s continual presence in our city. It’s up to the Church to decide long-term how much of God they really want. It is important that churches and intercessors continue to pray and anticipate the ongoing development of God’s plan and Kingdom purposes for their city while the discipline and blessing of united prayer is still fresh.

In Spain the glory of God was visible in one of the most spiritually needy areas in the world, but the churches needed to continue asking God to help them develop the prayer movement in their area. Outsiders who came to help could not do it. It had to be those who lived in that city. I believe the following results will happen when Christians do accept the challenge of continual united prayer in their city:

Imagine the future of your city when a House of Prayer is operating day and night. God will pour out His Spirit. There will be the manifest presence of the Lord scattering His enemies and ours. Signs, wonders, healing, and deliverance from demonic oppression will become the norm. There will be the revival of the Church, and it will grow. Sinners will come under conviction and will open their hearts to the message of the Gospel on a regular basis. But you must ask the Lord what you are to do.

What is the blueprint, the plan for building His Kingdom in your city? How can the Church in your city prepare the way for God’s presence?