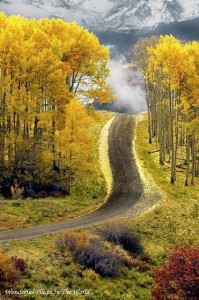 “Prayer must become the main focus of the church. We will not be able to continue to expect the grace of God without prayer. We will come to know that the Lord answers prayer, and we will also come to know the consequences of not praying. Prayer is soon going to become our greatest devotion because the true believers, the bondservants are going to know that He answers prayer.” Rick Joyner

How can we begin to prepare the Church for the future? How can we encourage this visitation of God upon His Bride?

Day and night prayer will be a major part. It will become our greatest devotion. As many become aware of this great challenge of establishing day and night worship and intercession, here are a few things to realize as we pray for the preparation of the Church in the future:

God’s praying Church will be so appealing. The attractiveness of its beauty, the smell of its fragrance, and the power in its prayers to heal the sick and set people free will be too good to pass up. Millions will want to come into the Kingdom when the Church becomes beautiful with the fragrance of the Holy Spirit. It will happen. Watch and see.

God is giving grace right now for prayer, and His future Church will be a grace-empowered praying Church. It will be a sincere Church that voluntarily loves Him by choice without condition or reserve. It will be an informed Church, filled with individuals who pursue the knowledge of God and are hungry to know Him. It will be a fulfilled Church, satisfying to the hungry and powerfully changing the world through its prayers.

“My house will be called a house of prayer for all nations” (Isaiah 56:7). Isaiah the prophet had a lot to say about this global prayer movement. He described a time when God’s people worldwide will experience unusual grace and authority in prayer. He summarized this by declaring; God will name His Church a “House of Prayer”. This prophetic naming is in itself a promise of functioning in grace empowered prayer. Imagine God naming the Church a “praying church”. All over the earth, it will become common to hear of intercessory worship ministries that continue non-stop, 24 hours a day.” Gary Wiens