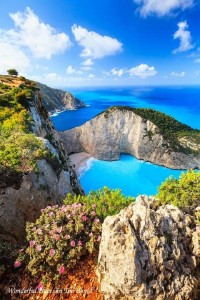 The group of men and women Count Zinzendorf led in this hundred-year prayer meeting were called the Moravians. The Moravians followed his example in living a holy and loving life.

“In every detail of their lives—in business, pleasure, in Christian service, in civil duties—they took the Sermon on the Mount as a lamp to their feet.'”

Their powerful motto was:

“In essentials, unity; in nonessentials, liberty; and in all things, love.” Pitts Evans

Their testimony has spread all around the world but it began during one Communion service. This is what happened:

“The Holy Spirit fell on the group as on the day of Pentecost. Hearts were radically changed, and prayers were answered beyond expectations. Many more villagers began to set aside time for earnest prayer. Soon, prayer was going on 24 hours a day. Even the children organized prayer circles. This wave of prayer did not cease for a hundred years. So transformed was the village that John Wesley, visiting in 1738, called it the happiest place on earth!” Pitts Evans

The focus of the Moravians at the Herrnhut prayer meeting soon became world missions. Shortly after this hundred-year prayer meeting started, Count Zinzendorf felt strongly that they were to spread the Gospel of Jesus to the unreached people around the world. The focus of fervent prayer became world missions. This became known as the Moravian mission movement. They all felt the call of the Great Commission. Within twenty years, the Moravians sent out more missionaries than all Protestants in the previous two hundred years.

“Moravians quickly spread out all over the known world, propelled by that incredible prayer meeting, preaching the gospel of the community… When a clergyman named John Wesley encountered the joyful witness of Moravian missionaries on a transatlantic ship in a storm, he headed off to Herrnhut straightaway for discipleship from Zinzendorf.” Peter Greig and David Blackwell

Martin Luther had tried to turn his training institutions toward world missions, but it wasn’t until he got involved in Zinzendorf’s 24/7 prayer meetings that the greatest missionary movement came forth from his generation. Three thousand missionaries went to the ends of the earth during the next two hundred years.

The continuous prayer meeting that God is presently initiating around the world will have the same focus. This is the season of harvest in every nation of the world. As we pray we will receive the heart of God for the nations. We will receive the burden of the Great Commission and the anointing to reach our neighbors. We will no longer be able to contain or restrain the empowering and convicting force of the Holy Spirit. This is where we are now headed.

In the prayer movement, we are beginning to move into more prayer for the nations and for the lost. In a recent early Sunday prayer meeting at our church almost every prayer was concentrating on the lost. As we were praying Scripture, there was a harmonious direction in prayer towards the harvest and towards lost souls. God is directing our intercession. His heart is towards the lost and the nations. This prayer meeting was very powerful, and I believe it is because God is saying something.

He seems to be showing us that it is time for all of us to open our eyes and look onto the fields for they are ripe for harvest (John 4:35). He is beginning to focus us onto the lost just as he did with the Moravian prayer movement.