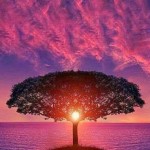 During that month of prayer a non-Christian named Allison, a hotel employee, was hosting the coffee and food bar. She’s an attractive British woman about forty years old who relocated to Spain with her husband Matthew because of the warm weather and sunshine. They had been through many difficulties, the most recent being a disappointing conflict with Jose, the owner of the hotel Solana. Their heavy drinking evidenced the pain and confusion they faced. During the weeks of the 24/7 prayer in the Solana, some of us would chat with them, answering their many questions.

They felt the love, peace, and joy among us. Allison listened attentively to what we were praying and watched as we praised and adored God in worship. We held large and small prayer meetings right in front of the coffee bar area where she worked. We prayed for God to reveal Himself to her heart. We could see a change in her face during the month.

One night at the end of the month, the local pastors were having their third all-night prayer vigil in the prayer room. Allison could resist no longer. She was drawn by the power of the Holy Spirit into the prayer room at about 1:30 A.M. She went over to my husband, Norm, and asked, “Will you pray for me?” His first thought was, “How are we going to pray with her here?” Probably many of us would have thought, “Isn’t this a bit inappropriate to come in and interrupt the pastor’s prayer meeting?” But as soon as Allison sat down she started crying, “Jesus help us! Jesus help us!”

This brought the quickest answer to prayer.

We all saw a great joy in Allison the next day. Her life was radically changed. She was drawn into the prayer room through the adoration, praise, and prayer of God’s people. She could not resist the beauty she saw because through his people she saw Christ. She knew that He was what she needed in her life.