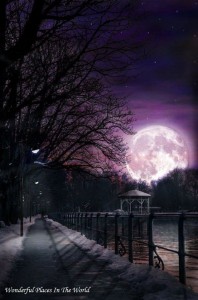 Many in the prayer movement will rise up and embrace the lifestyle
of the night watch. Larger Houses of Prayer often requires several people to spend the night hours in the prayer room. Here at the International House of Prayer, there are many who love to pray in the middle of the night. It especially appeals to the youth. The Holy Spirit is raising up a community of people who will pray and contend for the mercy and power of God in the night seasons (Joel 1:13). They will be vigilant and watchful.

Psalm 134 speaks of those in the night watch. This is critical to the divine strategy of God in order to see transformation in our cities. So many evil things happen in the night—murder, theft, immorality, and witchcraft. Light can invade the darkness through prayer and worship.

Recently I heard about how thirteen young people were being trained to pray from about 8:00 P.M. until 3:00 A.M. here at the International House of Prayer. They were training their bodies to adjust to a new time schedule in eating and sleeping so that they could give themselves to prayer in the night season. The commitment of this group of young people to be God’s watchmen should stimulate each one of us to give ourselves to prayer, whether it is in the day or the night.

The urgency of the hour and the present emphasis on prayer makes 24/7 prayer a possibility in this generation. Let’s seek to be people who learn to pray not only in the day but also in the night (Psalm 63:6; 119:55, 148).

As God’s people behold and bless the Lord at night, the spiritual atmosphere changes in the city.

A few years ago we were praying 24/7 during the month of October in southern Spain. We were praying for the Gibraltar area, including southern Spain and North Africa. I remember a particularly weary time of prayer early in the morning when it was still dark, and when I was feeling very alone in the prayer room. God reminded me of when Jesus was in the Garden of Gethsemane and His disciples fell asleep. He had asked them to watch with Him. In the same way, I felt like the Lord was quietly and tenderly speaking to me. I felt he was saying:

I realized at that moment that I needed to say, “Yes” to the Lord. He is looking for those who will stand watch even when it is not easy. Will you not also be God’s watchman at such an important hour, even when others are sleeping?

Will you not also pray until God brings deliverance to your city?