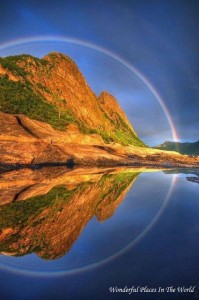 Through intercession, God is training us to operate in His government. He governs in partnership with His people through intercession. The governmental center of the universe is the prayer room. We have a dynamic role because He shuts doors of oppression in response to our prayers. When we speak the Word of God that is in agreement with the Holy Spirit, God moves in power. We have the opportunity to advance God’s glory through prayer and intercession.

Lets take this opportunity and make this all-important choice to center our lives in prayer.

In December of 1995, American Airlines Flight 965 left Miami on a routine trip to Cali, Columbia. On the landing approach, the pilot needed to select the next radio navigation fix named Rozo. He entered an “R” into his navigation computer, and it returned a list of nearby navigation fixes starting with “R”. He selected the first and the latitude and longitude appeared correct. But instead of Rozo, the pilot selected Romeo, 132 miles northeast. A deviation would be dangerous. The pilot then began an easterly turn as he followed the indications on the flight computer.

But because he was off course he slammed into a granite peak at ten thousand feet—152 passengers and eight crewmembers were immediately killed! Only four survived this terrible accident. The National Transportation Safety Board declared the problem human error. The pilot had selected the wrong fix. When the plane is on course, the needle is centered but gives no indication about the correctness of the selected radio beacon. The gauge looks the same just before landing as before crashing. The computer had told the pilot he was tracking precisely to the beacon he had selected, but it had neglected to tell him that the selected beacon was fatal.

The prayer room will keep us on course and in the center of God’s will. Houses of Prayer in our cities will keep us safe from danger and will help us know how to navigate through rough weather.

Houses of Prayer will show us how to advance God’s glory in the end times.